Home > How to Guides > Obtaining a Celebrity for a Fundraising Event

Obtaining a Celebrity for a Fundraising Event 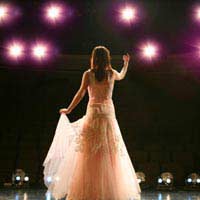 Celebrities can be a powerful endorsement for any fundraising event. Having a celebrity attend a fundraiser can greatly swell the attendance figures and can generate significant publicity for the event.

The Benefits of Celebrity Endorsement

Celebrities will often take part in fundraising events if it is a cause close to their heart. Having a celebrity guest at a fundraiser can significantly raise the amount of people attending the event. There are plenty of people who will travel great distances for the chance to meet a celebrity in person. Celebrities will also often give free publicity for an event or cause by mentioning it during interviews. There are a huge amount of celebrities that donate an amount of their time to non profit and charity organisations, and having a celebrity guest may be worth considering.

Finding a Celebrity Guest for a Fundraising Event

There are a few ways to find the perfect celebrity guest for a fundraiser. Researching which celebrities endorse certain charities will be a good start. This can be found out by reading interviews where celebrities talk about causes they are interested in. Contacting the celebrity’s agent is a way to find out if they are interested in supporting the cause. Celebrities can of course be booked to appear at a fundraising event but this may come with a fee. Consideration should be given as to whether or not this fee will actually be recouped by the celebrity’s appearance.

It would be great to have A-list stars attending a fundraising event but unfortunately this isn’t always achievable. Local celebrities can actually be a great endorsement for any fundraiser and are often happy to help a local or good cause. Local bands, radio personalities, regional television newsreaders and columnists from local newspapers will all help to attract larger attendance numbers. Undertake some research on celebrities that were actually born locally and then contact them to see if they will support the cause.

Depending on the popularity of a celebrity an agent may be the first point of contact. An email should be the first method of contact and it may take a few emails and many phone calls before contact is made. Many local celebrities will have their own websites or can be contacted through fan club websites. If the celebrity is local then it may just be a matter of contacting their place of work to see if they are willing to offer support. There are also agencies that specialise in hiring celebrities for events and they will have websites through which contact can be made.

Using a Celebrity at a Fundraising Event

There are a number of different ways a celebrity can be used during a fundraiser. It will depend on the type of celebrity, how flexible the celebrity is and how much time they have to spend at the event. Ideas can include:

The power of celebrities to boost a fundraising event or cause should not be underestimated. Even an endorsement by a well known local figure or government official will be enough to bring added interest to a cause. Endorsements by local or regional MPs are another good way of raising interest in a cause. Celebrities don’t have to be big stars and it’s often the local celebrities that can help the most with a local fundraiser.

Involving the Media in a Fundraising Campaign

The Best Fundraisers for Beginners

Volunteering: the First Step on a Fundraising Career
Share Your Story, Join the Discussion or Seek Advice..
We have set up a charity called Josh's prayers we pay disbursement fees for parents who lose children tragically not everyone has £1000 sat in the bank and that's what you need to pay for a child's funeral to take place in my area, we have raised 1000s since august last year after my son josh 18 was killed after his car fell on him while working on it. We have a really big event taking place this year in July in Stourport and would love a celebrity to come down we have live bands and kids entertainment all day until the night time how would I get someone to take interest ? We have emailed so many celebs but I think to them £1000 is nothing so they maybe don't see it being a good cause? But we have already helped families and without our help their funeral would have had to be put on hold until they could find the disbursement fee PLEASE CAN ANYONE HELP RAISE OUR PROFILE? thanks in advance
Stef - 27-Mar-15 @ 8:57 AM
Title:
(never shown)
Firstname:
(never shown)
Surname:
(never shown)
Email:
(never shown)
Nickname:
(shown)
Comment:
Validate: